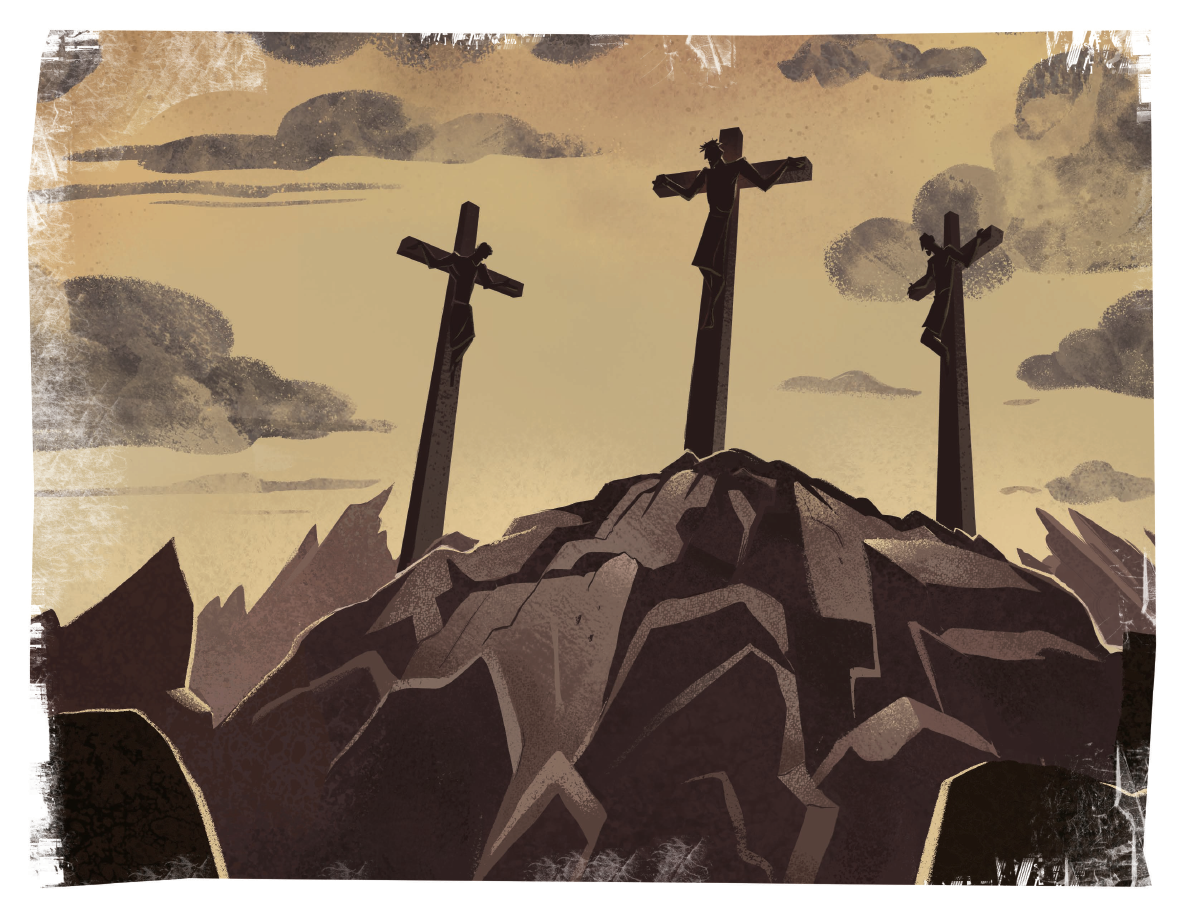 Jesus stood before Pilate, the governor. Pilate asked Him, “Are You the King of the Jews?” Jesus answered, “Yes, that’s right.” Then the religious leaders made accusations against Jesus, but Jesus did not say anything. Pilate was surprised that Jesus was silent. Every year at Passover, the governor would free a prisoner—whichever prisoner the people chose. At that time, there was a prisoner named Barabbas (buh RAB uhs) who was very bad. So Pilate asked the crowd, “Who do you want me to set free? Barabbas or Jesus, who is called the Messiah?” The crowd answered, “Barabbas!”
Pilate asked, “Then what should I do with Jesus, who is called the Messiah?” The crowd answered, “Crucify Him!” Pilate asked, “Why? What has He done wrong?” But the crowd kept shouting, “Crucify Him!” Pilate’s soldiers took Jesus to the governor’s palace and gathered around Him. They took off His clothes and put a scarlet robe on Him. They made a crown of thorns and put it on His head. Then they hit Jesus and mocked Him. “Hail, King of the Jews!” they said. The soldiers nailed Jesus to a cross. Then they cast lots to decide who would get His clothes. They put a sign above His head that said: THIS IS JESUS THE NAZARENE, THE KING OF THE JEWS. Two criminals were crucified next to Him. As Jesus was on the cross, people mocked Him. “He saved others, but He cannot save Himself!” they said. From noon until three in the afternoon, darkness covered the land. Then Jesus cried out, “My God, My God, why have You forsaken Me?” Jesus shouted again with a loud voice, “It is finished!” Then Jesus died. Suddenly, the curtain in the temple sanctuary split in two, from top to bottom, and there was an earthquake. One of the men near the cross said, “This man really was God’s Son!” Jesus was buried in a rich man’s tomb cut into a rock. A stone was sealed in front of the tomb and Roman soldiers stood guard so that no one could steal Jesus’ body.

We deserve to die because of our sin, but God loves us and kept His promise to send a Savior. Jesus never sinned, but He died in our place. He was the blood sacrifice made once and for all for the forgiveness of sin. Jesus rose from the dead on the third day, and those who trust in Him have forgiveness and eternal life.

Jesus was our substitute, taking our place on the cross and absorbing God’s wrath on our behalf so we can be forgiven and declared righteous. Jesus died to release sinners from slavery to sin, and when we trust in Him, we are free indeed. 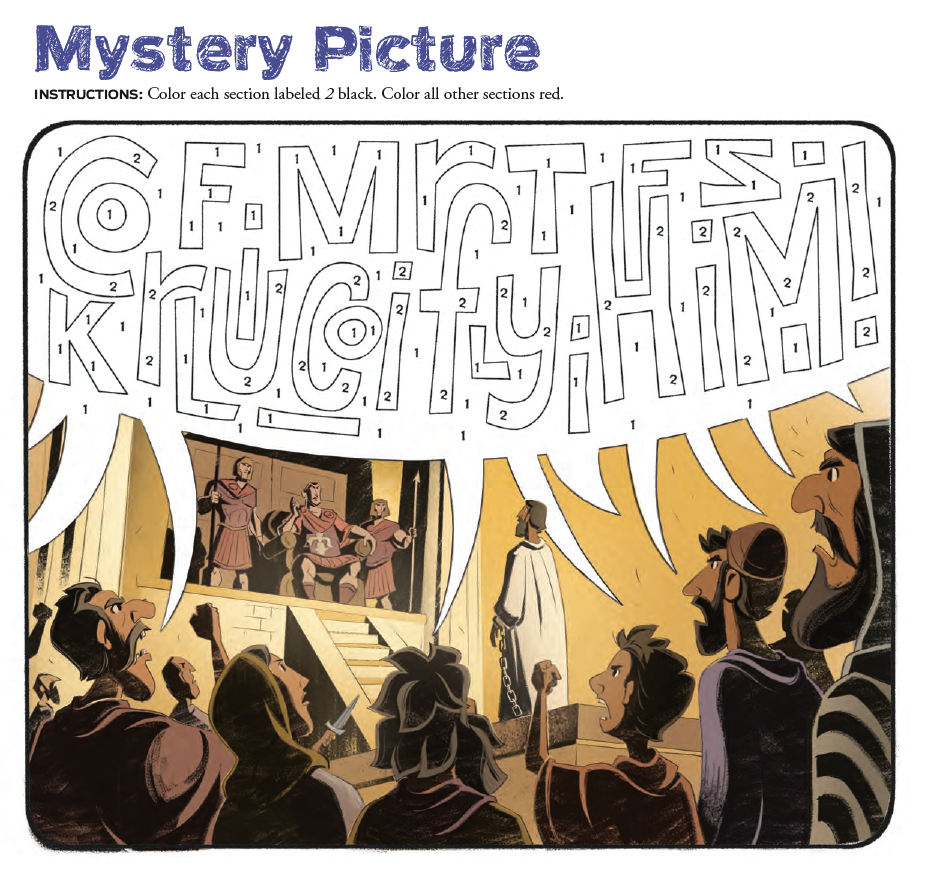 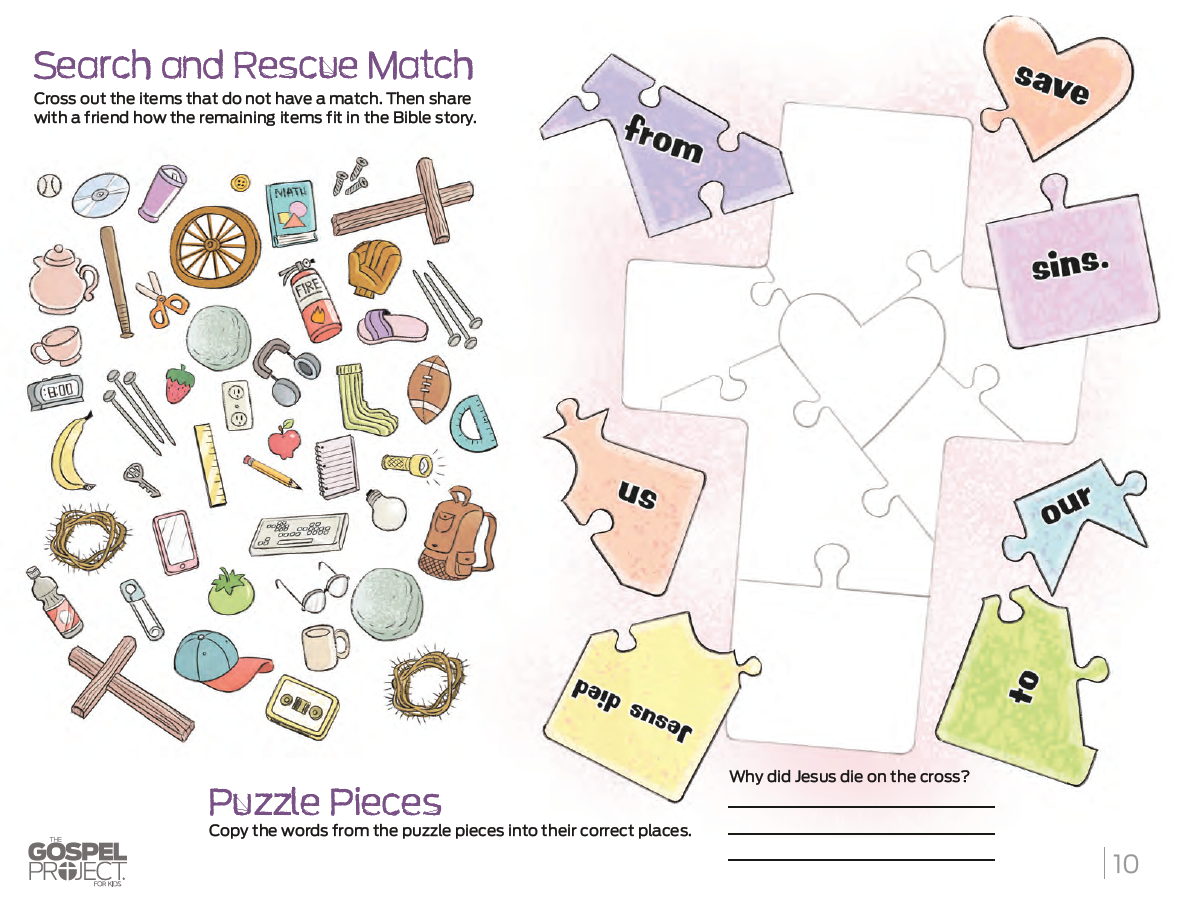 Family Activity Idea: Use dulled nails, jewelry wire, and twine to make cross necklaces. Talk to your kids about the importance of Jesus’ death. Encourage them to wear their necklace as a reminder to themselves and a conversation starter with friends.

God, thank You for Your plan to rescue us from our sin by sending Jesus to die on the cross. Your love for us is such a gift, and we are so thankful to You for all that You have done for us. Help us to live in gratitude to You this week and love You with our whole hearts.
Amen