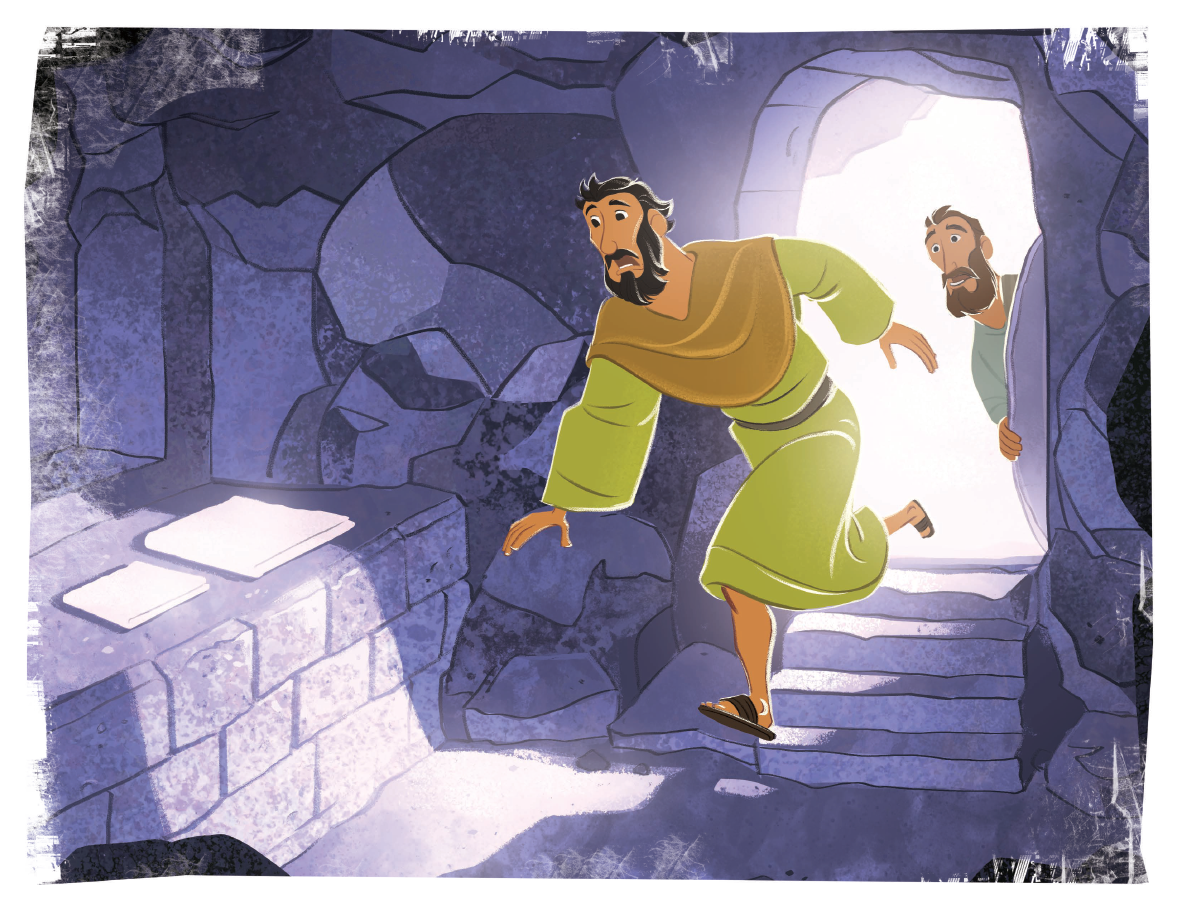 On the third day after Jesus’ death, Mary Magdalene (MAG duh leen) went to Jesus’ tomb. It was still dark, and she saw that the large stone at the entrance had been moved away. Mary ran to Simon Peter and John. “They have taken the Lord out of the tomb, and we don’t know where they have put Him!” she said. Peter and John ran to the tomb. John looked inside and saw the linen cloths lying there. Then Peter went into the tomb and saw the linen cloths too. The cloth that had been around Jesus’ head was folded up. John believed that Jesus was alive. Then Peter and John went back home. Mary stood outside the tomb and cried. When she looked inside, she saw two angels sitting there. They said to her, “Woman, why are you crying?” “Because they’ve taken away my Lord, and I don’t know where they’ve put Him,” she said. Then Mary turned around. Jesus stood in front of her, but she did not recognize Him. Jesus said, “Woman, why are you crying? Who are you looking for?” Mary thought Jesus might be the gardener. She replied, “Sir, if you have taken Jesus away, tell me where you’ve put Him and I will go get Him.” Jesus said, “Mary.” Mary turned around and said, “Teacher!” Jesus sent Mary to tell the other disciples that He was going back to the Father. Mary did what Jesus said, and she told the disciples, “I have seen the Lord!” Meanwhile, some of the guards from Jesus’ tomb went into the city and told the religious leaders everything that had happened. The leaders got together and made a plan. They gave the soldiers a lot of money and told them to lie about what they saw. “Say that Jesus’ disciples came in the night and stole His body while you were sleeping,” they said. So the guards took the money and lied about Jesus’ resurrection.

Jesus died on the cross for our sins, but He didn’t stay dead. God was pleased with Jesus’ sacrifice and raised Jesus from the dead to reign as King over all creation. Jesus provides salvation from sin and the promise of eternal life.

Emphasize to your kids that Jesus is alive! We believe this by faith. Today, Jesus is seated at the right hand of God and reigns as King over all of creation (Phil. 2:9-10). 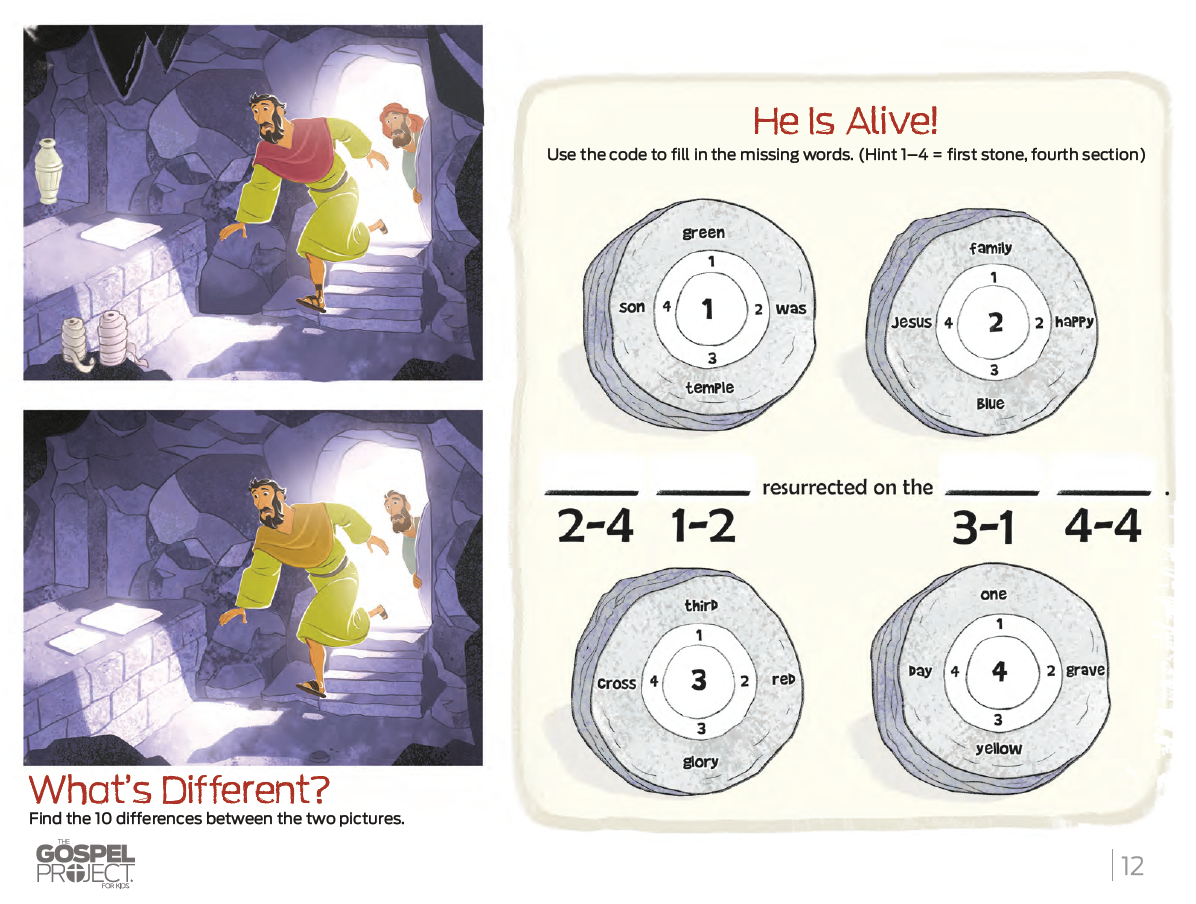 Family Activity Idea: Cover a balloon with paper mache. When it dries, allow your kids to pop the balloon and show that the sculpture is empty, like Jesus’ tomb.

God, thank You so much for rescuing us from our sin through Jesus’ sacrifice on the cross. What amazing grace You have shown us, even though we don’t deserve it. We praise You because You have defeated death by Your awesome power.
Amen