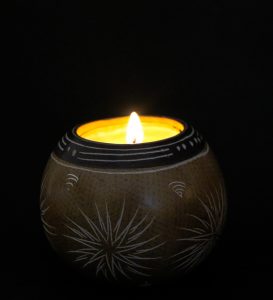 These may not be aspects of reality that we like to spend a lot of time dwelling on, but whether we avert our gaze or attempt to stare the issues squarely in the eye, they remain defining features in the landscape of our experience and the experiences of others within our world.

At times it can be tempting to attempt to close the door, to try to shield oneself against the violence, oppression, and multifaceted evil that presses in. To block out the sound and the fury, and sometimes even deny or downplay its existence. Reality however, has a way of making itself known in spite of our defence mechanisms.

Perhaps it confronts you through images on your newsfeed of children perishing from preventable diseases in neglected backwaters of the world. Perhaps you hear the raised voice of suffering through the latest statistics on human trafficking; stories of girls who are abducted, abused, and used as fodder for the pornography industry (that consumes all it comes in contact with, in one way or another). Perhaps suffering is most real to you when having to face the mortality of loved ones; in observing gradual decline or facing sudden upheaval.

I recently read a quote that presented a new perspective on this topic. Preacher William L. Watkinson said:

‘it is better to light a candle than to curse the darkness’.

I don’t know about you, but for much of my adult life I have expended a great deal of energy in cursing the darkness of sin and suffering, in my own life at times, but more often within the world more broadly. Sometimes the cursing is clamorous and emotionally charged, but sometimes it has no voice at all and takes the form of echoes, seemingly without end.

In light of what we face, feelings of grief, anger and powerlessness are inevitable and likely appropriate. The sheer scale of suffering along with the absence of an all-encompassing solution or an imminent end in sight can be crushing. In absorbing its magnitude, it can feel like we truly are staring into an unshrinking abyss. The magnitude of pain and suffering in the world can overwhelm us and leave us in a state of inertia.

In Romans 8, Paul speaks of the ‘groaning’ that is experienced by all aspects of creation as a result of sin, as it awaits the liberation it is destined for. It is intriguing that no aspect of creation is excluded from the shared grief that is borne, and comforting that we are likewise bonded in awaiting regeneration, renewal and healing.

As we wait in hope, trusting in God’s ability to work all for good, we are called to redemptive acts within our own spheres of influence. Watkinson’s candle lighting approach involves acknowledging the presence of darkness in our world, but rather than being disempowered by the sheer weight of it, using this very reality as a catalystfor action. 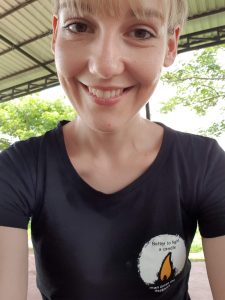 In September, as part of my work, I took part in a mission trip to Cambodia with a group of high school students. To say it was deeply impacting is an understatement. Cambodia is still recovering from the war and genocide of the 1970s, and though it is a land of contrasts, it is largely characterised by lack, exploitation and desperate need. One thing that struck me during my time in Cambodia is that against the backdrop of darkness, acts of mercy, self-sacrifice and love seem to shine all the more brightly (more on this in the months to come).

One example of a candle lighter is an Australian man named David, who lives with his family in Phnom Penh. David formerly lived and worked in the wine industry in Sydney, but after a period of dissatisfaction with his work, decided to follow the leading in his heart, and start a business in Cambodia. Justees, produces t-shirts, and operates using ethical and sustainable practices (a rarity in this part of the world). David employs local teenaged boys from impoverished families. The income generated from their afternoon shifts at the factory often means that the boys are able to stay in school, rather than leaving to find work. The business is not located in a wealthy area of the city, but a slum, where David, his wife and children live amongst the poorest of the poor. When sharing his story with our group, David spoke of his desire to follow in the footsteps of Jesus in coming ‘from a greater place, to a lesser place’ in order to love and serve those in need.

The actions of self-sacrifice of David and his family are a beautiful reflection of Jesus’ own redemptive acts of love. In the gospel accounts, Jesus always identified with the poor and those who were vulnerable, weak and powerless in society. This is of course most evident in his incarnation – when Jesus took on human form in order to intercede for us- but is also evident in the gospel accounts of his day to day activities. Jesus spent his days coming alongside those with great need, those ravaged by disease, isolated and hurting, and marginalised and rejected by society. Jesus was drawn to human need and reached out in response to it. This too, is what we are called to as we seek to follow in his footsteps.

While we are certainly not all called to relocate to foreign countries and live amongst the most destitute members of society, we are called to faithfully be the hands and feet of Jesus to those in ourworld. As Jesus reached for us in our brokenness and need, we need to reach out to those around us, in order to be part of the solution. This involves more than sentiment, empathy and good intentions.

Real arms that reach out, whether in care or in defence.

Real mouths that speak much-needed words of advocacy or affirmation.

Real feet to walk alongside those who need a defender or friend, and go the distance.

It involves lighting a candle.

‘In the same way, let your light shine before others, so that they may see your good works and give glory to your Father who is in heaven.’ (Matthew 5:16)